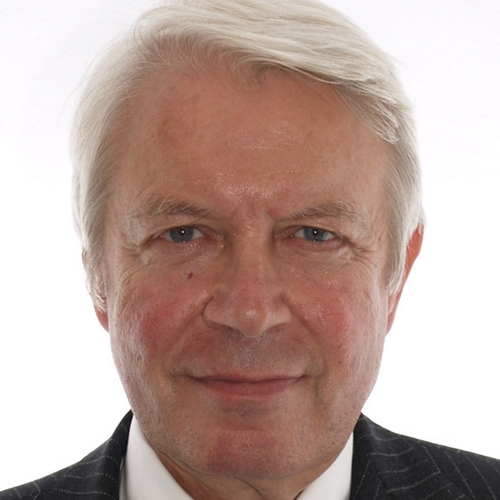 Professor at the Law Faculty (Antwerp University, Belgium), at the College of Europe (Bruges, Belgium), at the University of Tilburg (the Netherlands) and at the National Research University (HSE, Moscow, Russia) Extraordinary Professor at the Edu-HRight Research Unit, North-West University (South Africa) President of the ‘European Association for Education Law and Policy’ UNESCO Chair for the Right to Education and former UNESCO Chargé de Mission Honorary Government Commissioner for Universities in Belgium (Flemish Community)

What Role Does Civil Society Play?

De Groof is - besides his position as Government Commissioner for Universities (Flemish Community, Belgium) and former Chef de Cabinet of the Minister of Education and Training - professor at the College of Europe (Bruges), at Tilburg University (the Netherlands), at the National Research University – Higher School of Economics in Moscow and extraordinary professor at the Edu-HRight Research Unit, North West University, Potchefstroom (South Africa) and previously at Ghent University (Belgium). De Groof is/has been visiting professor and/or taught at universities worldwide. His doctoral students, coming from several continents, focus on various aspects of the Right to Education.

His academic work counts numerous publications (52 books in English as author or editor; 43 books in French or Dutch; 212 chapters in books and periodicals). His consultancy worldwide have covered many education rights-related issues but also constitutional and human rights law.

De Groof was UNESCO Chargé de Mission on the Right to Education (2007-2010) at the request of the UNESCO DG, Mr. Koichiro Matsuura.

He was and remains intensively involved in consultancy for national parliaments, governments and stakeholders, not the least in time of transition (Russia: 1990-2001, South Africa: 1995-2002, Balkan region: 2002-2010, 2016-2017, Iraq: 2013-2014, Ukraine: 2014-2017), often in cooperation with multilateral organisations. He is member of the ‘Council of Senior Advisors’ of the International Association of University Presidents (IAUP), accredited to the UN, vice-chair of the Legal Committee of EQAR, full member of the Club of Rome – EU Chapter (CoR-EU) and was the president of the Review Panel on ‘Research of Humanities’ of the European Science Foundation (2007-2012).

Furthermore, De Groof has been Team Leader of the EU-Project ‘The Rule of Law - Curriculum Reform of Legal Studies in Universities, especially in Iraq and neighbouring countries’ (2013-2014) and was consultant of the Commission for the African Union on Research Strategy for Africa (2012).

In 2015 he received an Honorary Doctorate from the University of Pretoria (South Africa), giving “recognition to his significant role as leader in various fields of education and law, his global influence in education law during the late 20th and the 21th century, as well as his assiduous campaigning for justice and good governance in education.” He chaired the Law and Policy Sessions in the framework of the World Congress on Education (Vatican and Castel Gandolfo, November 2015).

In 2016 he also received an Honorary Doctorate from the South East European University of Tetovo (Macedonia) and is invited to accept other major awards. He is appointed by Pope Franciscus as Consultor for Education.

Jan De Groof was long time involved in the governance of highly profiled cultural institutions and took the lead of the expert committee on ‘Good Governance’ for both Higher Education and Research Institutions and Culture.