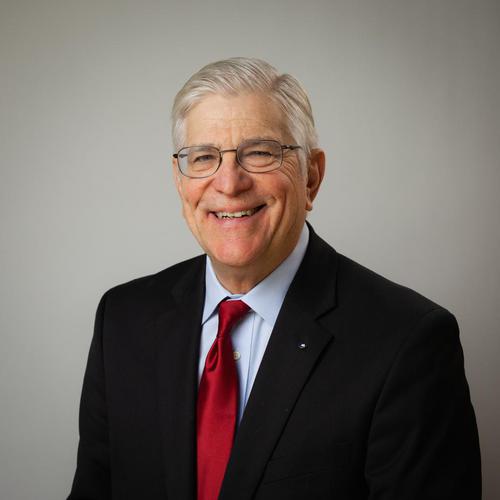 Mike Smith and his wife Elizabeth, along with Michael Farris and his wife Vickie, incorporated Home School Legal Defense Association in 1983 and were the original board members. Mike grew up in Arkansas and graduated from the University of Arkansas. Upon graduation, he entered the U.S. Navy and served for three years before attending law school at the University of San Diego. He graduated in 1972 and was admitted to practice law in the state of California shortly thereafter. He is licensed in Virginia, California, and Washington, D.C.

In 1981, Mike’s life changed drastically when he heard a radio program that introduced him to the idea of homeschooling. Mike and his wife began homeschooling one year at a time to meet the academic and social needs of their children. After several years, however, it became obvious that God had exposed the Smith family to homeschooling for many other benefits, including spiritual development and family integrity. All of Mike’s children are now grown, and three of the four were homeschooled.

When he started with HSLDA, Mike began defending homeschooling in California both in court and before the legislature. In 1987 he came to HSLDA full-time, serving as its vice president until 2000, when he became its president. In addition to serving as President of HSLDA, he also is HSLDA’s lawyer for California, Nevada, and Puerto Rico.